Our first CBW profiled The Real Junk Food Project Birmingham. Started in Leeds in 2013, The Real Junk Food Project has grown into a network of 130 project and 60 cafés throughout the U.K. and worldwide. Currently, TRJFP Birmingham operates cafés in Ladywood and King’s Heath, as well as a “sharehouse” supermarket in Winson Green. All TRJFP initiatives operate around two core principles:

1) intercepting surplus “food waste” that is perfectly edible; and 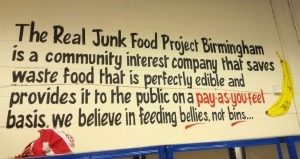 Our event took place at the Ladywood café, and to hit that note of community celebrating, it was planned to coincide with TRJFP Birmingham’s 3rd birthday! 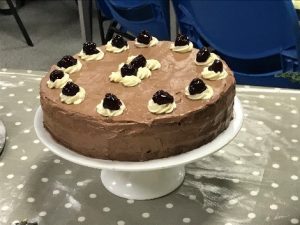 In addition to eating some tasty food with great people –and singing Happy Birthday to TRJFP Birmingham –we got an education on food waste in Birmingham, with ‘killer stats, such as:

•    Nearly half of all the waste in Birmingham is food waste:
•    TRJFP Birmingham intercepts over 6 tonnes of waste food and serving over 2,000 meals every month.

We also interviewed Ann Gallagher (volunteer co-ordinator for TRJFP Birmingham) and discussed how TRJFP Birmingham relates to the 4 main characteristics of community businesses:

Our second event of CBW took place at City Hospital Greenhouses, a hidden ‘gem’ in the post-industrial landscape of the Soho Ward. The greenhouse site (which used to be in production as a market garden managed by City Hospital) is now managed by the Summerfield Residents Association, who are producing an array of produce and hanging plants, as well as top-quality compost that includes a worm composting – a growing trend in urban agriculture. 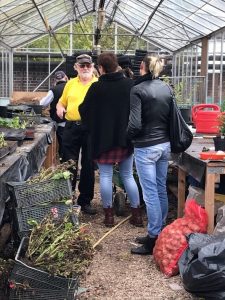 In order to raise the profile of the market garden incubated by Summerfield Residents Association and to draw together a wide-range of food-related initiatives, we promoted this event around the theme “Food, Community Business & You.”  In addition to getting a tour of the greenhouse site and a close-up view of the worm compost system, the event included a pop-up market with stalls from groups such as: 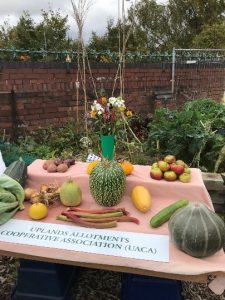 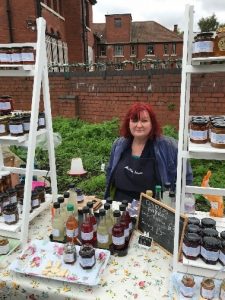 To finish off the event, we brought together the food-related wisdom and experience of participants by asking two questions:

1) What does food mean to you in the place where you live?
2) What are the opportunities and challenges to developing food-related initiatives into community businesses

I left challenged not to idealise or romanticise the connection between food and community business nor to be too cynical to miss the real opportunities that are before us.  In the spirit of the theme of the gathering “Food, Community Business and You,” I left inspired to reimagine that (as cliché as it may sound) the “power to change” is with people like you and me.