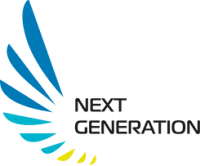 Community energy has been one of the great success stories of the co-operative sector over the last decade.  Local groups all over the country have successfully formed co-operatives and community benefit societies, raised £millions from community shares as well as bank loans, and built renewable energy projects of all sizes.

A particular success of the community ownership model has been the variety of local stakeholders and project partners involved.  Projects, often involving solar PV installations, have been developed in partnership with schools, churches, hospitals, housing associations, landowners and factories.  The revenue generated from the projects has not just paid interest to members, but has also created sizeable community investment funds.

Enter Next Generation, an ambitious programme of activity to do two things – firstly bring existing commercial solar PV installations into community ownership, and secondly to support innovative new ideas put forward by community energy businesses, responding to the challenge of ‘life after the feed-in tariffs’.

Co-operative Futures is a member of an expert consortium led by the Centre for Sustainable Energy in Bristol, which supports the Next Generation programme.  The consortium includes a wide range of co-operative expertise, including Co-operatives UK and Oxford’s Low Carbon Hub, a Community Benefit Society.

Next Generation will be bringing some six large solar farms into community ownership, and ensuring the creation of revenues that can support community development in the local area, for many years into the future.  It will also be supporting several community energy businesses to develop novel business and technology ideas – from the simple (but readily replicable) – to the more experimental and complex.

The community energy businesses targeted by the programme have a wide range of challenges to overcome – in some cases forming new community businesses from scratch, in other cases raising large amounts of capital through community shares, and for some, grappling with new technology and business models.